Appellate Films, LLC is a limited liability company formed in April 2017 to finance, produce and distribute 60 motion pictures including 48 90-minute documentaries and 12 feature films over the next (6) six years and beyond.

Each film will be a feature length motion picture intended for PG-13 to R rated audiences. The films will be promoted to mainstream audiences and select niche audiences based on their respective factual and dramatic content. In addition, the documentary films will be marketed heavily to interested grassroots audiences that identify themselves strongly with center right political affiliations, Republicans and Libertarians, traditional Catholics, evangelicals, prolife activists, and strong faith and family values movements.

Once completed, each film is expected to be released in select United States and foreign markets for exhibition in theatres and via home video, television, cable and satellite networks, and via online distribution over wired and wireless services. The Company expects to enter into one or more third party domestic and international distribution agreement(s) with unaffiliated third party distributors, which may occur during development and production of the Picture or after completion of the Picture. The company has distributed documentaries previously with a distributor (Fathom Events) and has already secured from them an LOI (Letter of Interest) in our portfolio of films.

Appellate believes there is a vast audience for documentaries and feature films espousing conservative principles. The changing political landscape, as evidenced in the recent presidential election, only serves to underscore that belief. Equally important is the success of Christian film producers who have attained huge financial success appealing to basic Christian, and conservative beliefs. Company was formed to target that vast market, domestically and in selected foreign areas, by producing documentaries of important persons and political luminaries, and mid and high budget feature films with Christian and conservative themes.

The underlying production principle for Company is to address a diverse set of topics with a rapid production scale so as to minimize overall risk of poorly receptive films and encounter the higher probability of producing one or several hugely successful films. Organized in such manner, Company shall operate as a producer of a portfolio of such documentary films, allowing investors to reap the benefits of operating gains from the entirety of the portfolio in contrast to assuming the gain or loss from any one particular stand-alone film model. 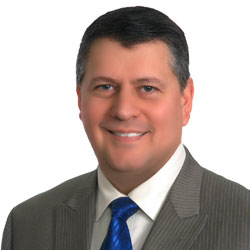 President of Appellate Films, LLC, and President of Bergman Productions, LLC. (the Company’s manager), producer and director of the films. Mr. Bergman has extensive political campaign and grassroots organization experience at both state and national levels and has consistently been recognized locally and nationally for grassroots organizational expertise and as a media, mail and website consultant. Prior to forming his political consulting company, The Robert Morris Group, in 1999, he worked as a vice-president in banking for several major banks, including Wells Fargo. Bergman is a Gulf War Era Veteran.

Craig is a nationally syndicated radio talk show host, who is most well-known for his feature documentary film UnFair: Exposing the IRS, which was released in more than 700 theaters nationwide in 20014. In addition to producing his own film, he has extensive production experience in the realm of political campaign commercials and direct mail marketing.

In addition to his production experience he has done consulting, marketing, and grassroots outreach for other conservative films: Not Evil, Just Wrong (2009); The Undefeated (2010); Obama’s America (2012); and his film company shot scenes for Dinesh D’Souza’s 2014 film: America: Imagine a World Without Her. 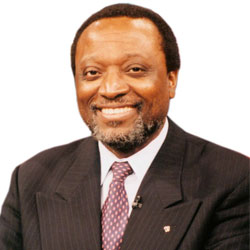 One of the most respected orators of our time, Alan Keyes has long been recognized for his leadership within the conservative movement. His eloquent advocacy of our Constitutional Republic and championing of pro-liberty, pro-life principles undergird Alan’s respect for the moral basis of freedom and responsible self-government.

Alan proudly served as a high-level diplomat during Ronald Reagan’s presidency, including tenure as ambassador to the United Nations Economic and Social Council and as assistant secretary of state for international organizations. He served on the staff of the National Security Council.

A highly in-demand author, speaker and commentator, Alan for decades has authored a regular opinion editorial column as a weekly contributor to WND. He more recently also has weekly online columns in The Daily Caller and Barbwire. 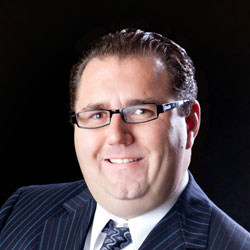 President of Saul Bergman Productions, Inc. Saul is a film director and producer. Having over 16 years of film/video production experience, he has directed several political documentaries including Unfair: Exposing the IRS, Enemies Within, and the documentary series America Under Siege, which have all seen national distribution. Prior to getting into political films, he worked on producing many projects for Discovery and HDNet.

In addition to the foregoing individuals, the production will engage outside contractors and vendors to supply necessary marketing, public relations and business expertise. Some of our film works are biographical and will therefore require working closely with the protagonist subject. For example: Mercedes Arzú Wilson and Sheriff Joe Arpaio.

The works listed below are 100% written, narrated, and produced by our Principle, Craig Bergman. Beyond the scope of our internally produced documentaries and feature films below, Appellate is engaged in multiple production and distributions for films created or written by outside companies and individuals.

Appellate Films is seeking to raise an aggregate $10,000,000 across both private and public offerings. These funds will be used to fund the corporate operations and jump start production on the first two years of documentary releases. Each film will continue to operate on the stand-alone PPM funding model, however, Appellate expects to be a significant investor in its own portfolio, seeking additional funding only on its feature budget films.

An initial $2.5 million is required to begin productions in the Fall of 2018, followed by additional rounds totaling $ 7.5 million. Appellate will be going public through a reverse merger transaction late 2018 so the private financings will have registration and conversion rights upon the merger’s consummation. Pricing of these rounds will reflect a discount to the anticipated public trading value of Appellate.

Appellate expects to make a significant return from these films, given the low supply and high market demand for films with conservative subject matter. Appellate will also earn revenue from several ancillary revenue streams, including musical tie-ins and book sales. All told, Appellate’s low case / high case scenarios (see pro formas below) forecast cumulative pre-tax profits between $ 700 million and $2.6 billion, over the next 6 years, producing outsized equity returns for its investors in a portfolio comprised of several diversified, non-concentrated streams of income.